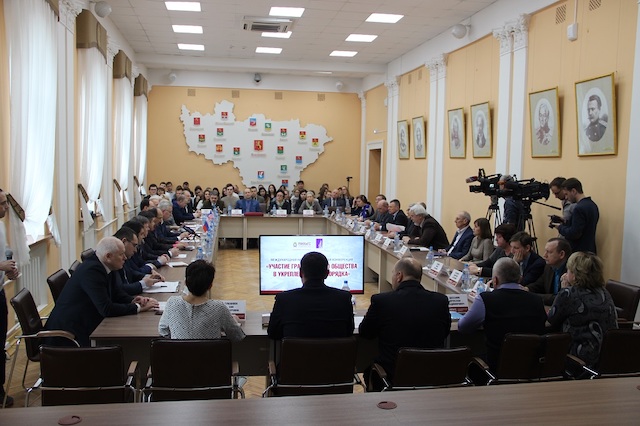 Dr. Bowman participated as a panelist and lecturer at the International scientific-practical conference entitled “The participation of civil society in strengthening the rule of law” in Russia.

March 15, 2019, in the Vladimir branch of the Russian Presidential Academy of National Economy and Public Administration an international scientific-practical conference “The participation of civil society in strengthening the rule of law” was held. During the conference, current issues were discussed today: the institutions of civil society in the implementation of measures to ensure the security of society and the state; theoretical, legal and applied aspects of the activities of civil society institutions in the field of law enforcement; interaction of the state and civil society in the context of the law enforcement function; implementation of civil initiatives in Russia and the United States aimed at strengthening the rule of law.

The conference was moderated by the director of the Vladimir branch of the RANEPA, the vice-chairman of the Legislative Assembly of the Vladimir region, Vyacheslav Y. Kartukhin.  There was a lively and constructive discussion around the speeches on the problems of civil society participation in solving the most important problems of strengthening the rule of law.

The traditional stage of the conference was the presentation of the annual D. Bowman award to the best students of the Faculty of Law.

The conference was organized by the Vladimir branch of the Russian Presidential Academy of National Economy and Public Administration, Western Illinois University (USA). Of great interest was the meeting of our colleagues from Western Illinois University with the students of the Faculty of Management and the conversation about the burning problems of Russian-American relations. According to the results of the conference, a collection of materials will be released, which will be placed in the system of the Russian Science Citation Index (RISC). 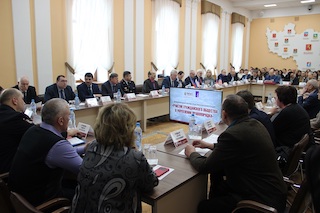 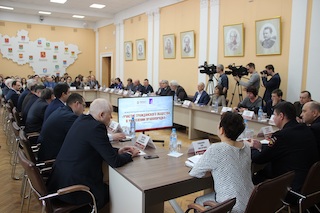 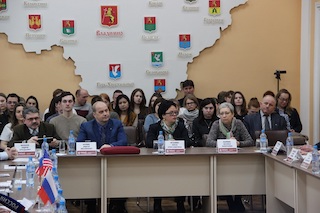 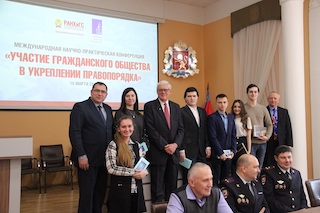 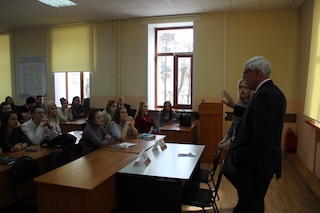